As I start this post, it’s after midnight on Friday (Saturday, technically) and I’m somewhere high up above Manitoba on my flight back to Winnipeg. I should have been in Winnipeg by now, but our flight was delayed around 3 hours – we didn’t leave until after 11 pm and won’t arrive until well after 1 am. It is now Saturday night and time to finish this.

Thursday was an eventful day. No bears (we had white out conditions in the morning), but we did have a dead battery in the vehicle I was riding in. This was on a day with bitter cold winds like nothing I’d felt before. Fortunately, it happened while we were at lunch, so most of us stayed warm inside.

In the afternoon, we went to see the dogs at the Canadian Eskimo Dog Foundation’s facility. There are only around 400 Inuit/Eskimo dogs left in the world and they are trying to preserve the breed – one of the oldest in the world. They are sled dogs – super strong and rugged with a ton of stamina – that can pull a loaded sled fire 10-12 hours without trouble. They are built for strength and endurance, not speed. The foundation’s founder Brian Ladoon, who recently passed away, was not without controversy, but there’s no question they care about the dogs. Although not pets, most of the dogs were really friendly and loved attention. Unfortunately, the bitter cold and wind let me to spend more time photographing the dogs from the warm car rather than with the dogs.

Yesterday was a good animal day. Still no bears, but we saw a few foxes (red and arctic) and some ptarmigan. There was even an arctic fox scampering around in town, just a few feet away from us.

Yesterday was also the day I finally ate it in the snow – twice – and ended up with snow in my boots as a result. While trying to get into position to photograph one fox, my foot went right through the snow. Not just my foot, but my leg was buried up to my knee. I nearly dropped my camera with the $2000 rental lens attached (thank goodness it was insured!). I needed help from one of our guides to get up that time (fortunately, it didn’t scare off the fox). Ironically, I got some of my best photos of the whole trip from that vantage (see the red fox below). Later in the afternoon, the group was calling me over to take a group photo. In my rush, my foot again went through the snow – not as deep this time, but still enough to cause me to fall face forward. When I got up and took another step, I fell again. Thankfully, everyone was too busy to turn their cameras on me and capture the moment (a risk when traveling with photographers).

This afternoon I met up with a local photographer, Walter Potrebka, who I was introduced to by one of the guys on my tour. We went out to shoot Snowy Owls, like this famous one. Walter says it was one of his best days owl-spotting ever – he saw 15 today, around 8 – 10 of which were while we were out. I thing I got a few pretty good shots. We also saw a fox and some deer, as well as a coyote way off in the distance.

I’ll admit, I’m disappointed I didn’t get to see more bears from a closer distance (most were just a quick glimpse from the helicopter at 300 feet). After all, that was the purpose of the trip. But I did get pictures of a few bears and I saw and photographed a lot of wildlife and realized I like that much more than landscape. (Now to figure out how to afford the right equipment.) I also really enjoyed spending time with this particular group of people. If you ever have a chance to take a workshop/tour with Leighton Lum (he has some good ones planned), Kelsey Eliasson, Fred Lemire, or Karine Genest, I definitely would recommend them.

All in all, I really enjoyed the trip and have no regrets. (Well, I may have a few when I step on the scale back home.)

Today was a productive animal day.

This morning started off with two fox sightings – an arctic fox and a red fox (in different locations). I was able to get some really nice shots of both, tho my photos of the arctic fox turned out surprisingly noisy/grainy for some reason.

After the foxes, we hopped aboard helicopters to spot polar bears from the air. The group split up between two helicopters. Our group saw about 7 or 8 bears (including a mother with cub) and even a trio of moose. It was a cool experience (my second time in a helicopter), but it was also a bit disappointing, especially after we heard from the guys who were on the other helicopter. Our pilot would spot a bear, point it out to us, and then basically fly off after just a quick look. There was no time to even try to snap photos (especially for those of us sitting in the back trying to shoot through foggy windows). Heck, we barely had a chance to spot the animal before we were off to the next one. And when he did circle to get a better view, it was never on my side. Still, it was a fun experience.

In the afternoon, our original plans were thwarted due to unexpected circumstances. But as we were driving along, someone in the group spotted another fox. Our guide tried to get ahead of where she thought the fox was going (while the other vehicle parked where it was) but she was out-foxed (yes, pun intended) and the fox ran across the road closer to the other vehicle as we were walking that direction. I managed to get a few shots, but it was late and dark, so there isn’t much to do with them.

We also learned that a mother and at least one, possibly two, cubs had been spotted in town just around the corner from the B&B where 4 of us are staying. We didn’t hear it, but apparently there were some shots fired (blanks) to scare them off around 5:30 this morning. We did find paw prints in the snow tho – mama’s paw print is bigger than an adult human’s footprint.

The last couple days, especially today, have been a little tough with my Crohn’s. There are only a handful of restaurants in Churchill and the menus are fairly similar at all of them – and they aren’t necessarily friendly to someone with digestive issues. Sure, I could probably make it easier on myself by ordering more selectively, but it would be food that I just don’t like or that is really boring. So I have ended up having a few meals that didn’t sit well with me. Fortunately, it has mostly been at dinner, so I just had to make a bee-line to the bathroom when we got back to the B&B. Today, lunch caused me some problems. Fortunately, we lingered in town a bit before we hit the road, so I was able to take care of things without any impact on the afternoon. My gastroenterologist would not approve. But, other than those moments, my health and energy have held up and I have none of the pain I was having as recently as a couple days before leaving on the trip.

I don’t know the plan for tomorrow yet. Apparently a film crew will be joining us for at least part of the day (our lead guide has been working with them on a project related to polar bears), so that could add another interesting element to the trip.

All in all, despite some disappointment (and a little digestive upset), so far this trip has been well worth the money. 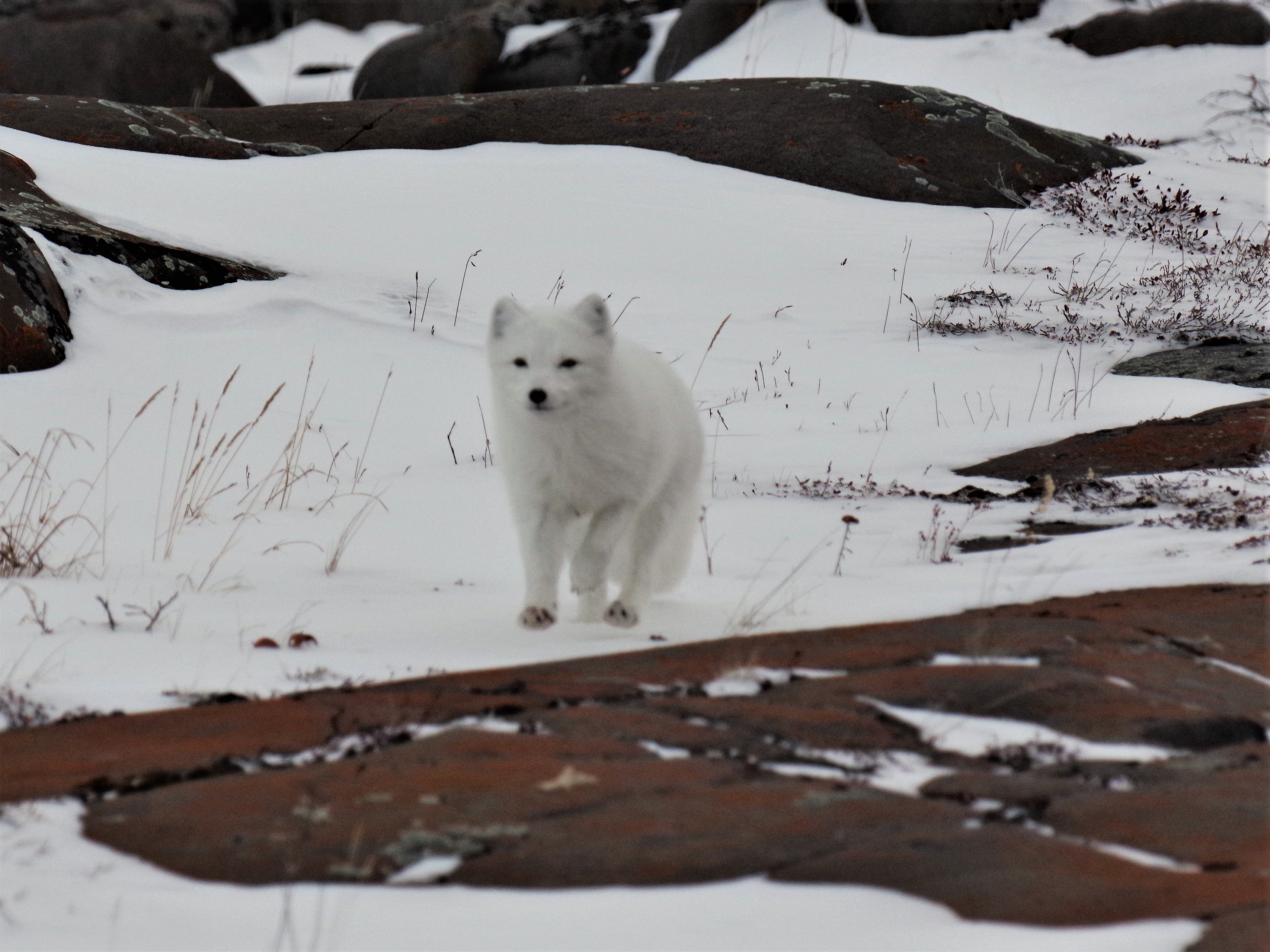 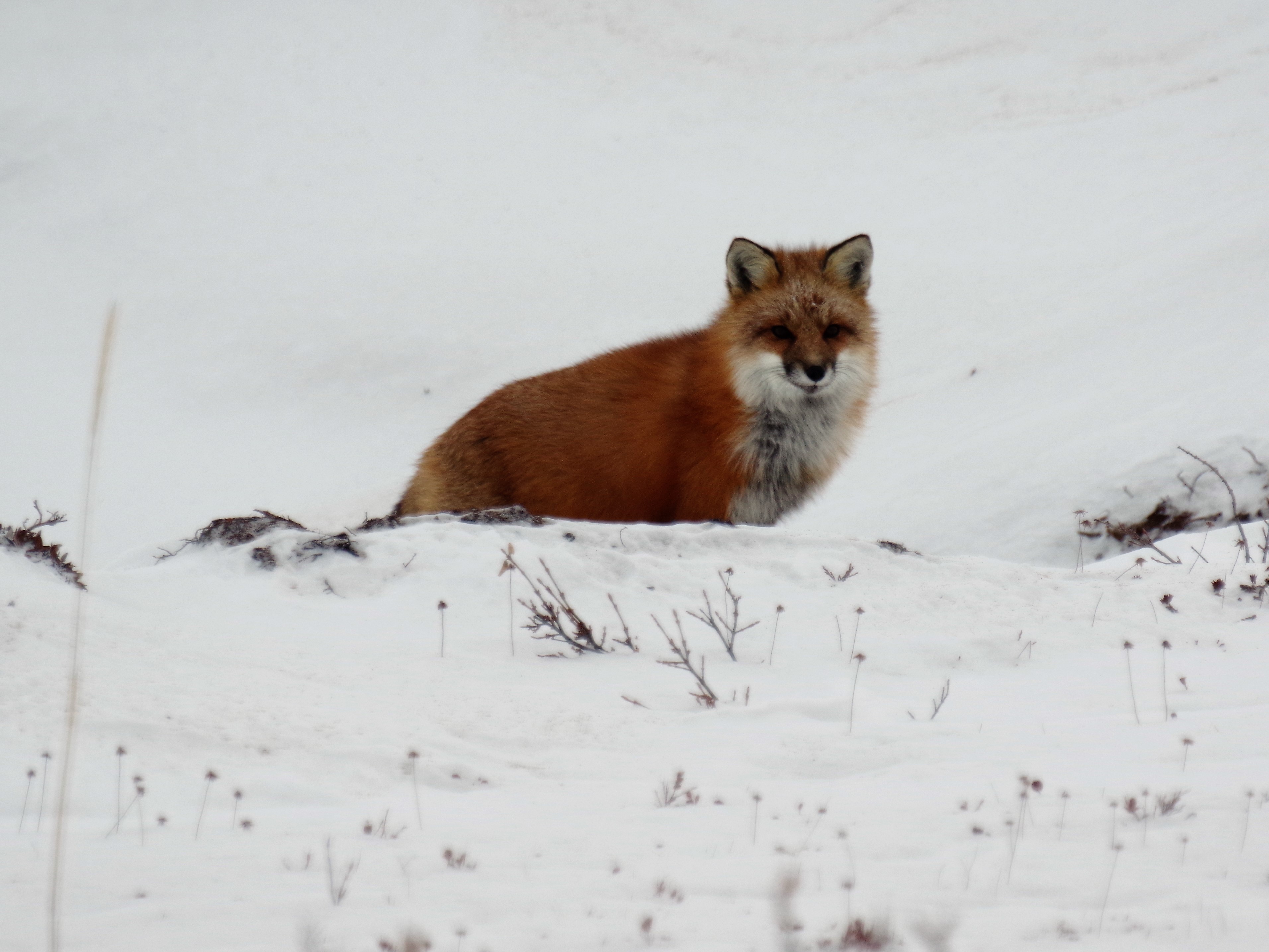 We made it back safely: 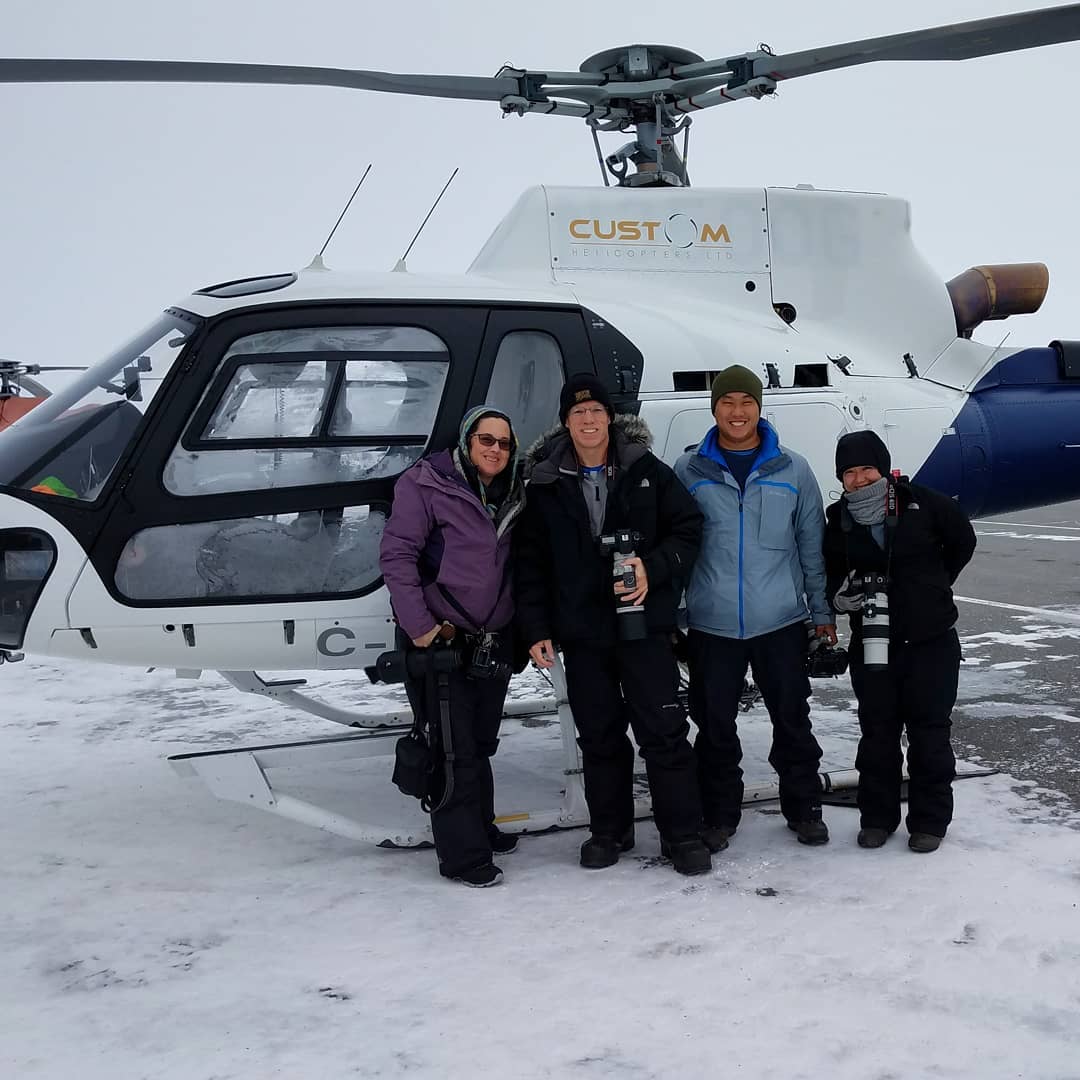 Moose from about 300 feet above:

Look at those paw prints! The cub’s were almost as big as my foot.

This is my third attempt at a blog (and even more than that at a website). Hopefully I’ll stick with it this time.

My plan is to share interesting (at least to me) things I learn – whether new legal or historical tidbits, travel experiences, photos, etc. And there are the random musings I may choose to share about things that interest me (law, politics, hockey, nerdy stuff, pictures of my cats…) and the world around me.

And, I suppose I should note, nothing I post should be attributed to any employer I work for or organization I belong to. These are just my own thoughts and musings.

So, if you are still reading, welcome to a little slice of my world…